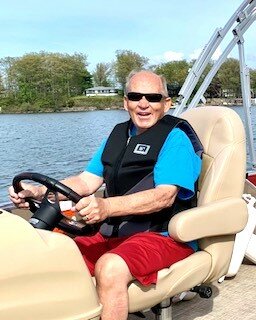 Lyle Edward Porray of Fairport/Wolcott, New York passed away November 28, 2022, at the age of 69 after a long courageous battle with cancer. Lyle was born on March 6, 1953, in Newark, New York, the son of Bernie and Garcie Porray.

In addition to working at Kodak for 30 years, Lyle was involved in refereeing soccer and basketball at the high school and college levels. Lyle began officiating women’s soccer in 1975 and was a member of the Wayne County Board of Approved Soccer Officials and the National Intercollegiate Soccer Officials Association. Lyle was actively involved in women’s basketball for more than 35 years. He served on the CWNYBOWS executive board as well as serving as the assignor of women’s high school basketball. In addition to refereeing high school basketball Lyle spent over 25 years officiating women’s basketball at the college level. Lyle was an accomplished official and observer in upstate NY and officiated dozens of conference post season games, NCAA and NJCAA tournament games. He was a mentor to younger officials and was a valued partner on the court.

Lyle was passionate about sports and was a three-sport varsity athlete at Wayne Central. He coached his children in Fairport Soccer Club and loved watching his grandchildren play youth sports. Golf became a passion for Lyle, and he was a member of Sodus Bay Heights Golf Club for over 20 years.

A special thank you to his dedicated medical team at Wilmot Cancer Institute and the Rochester Regional hospice staff for their compassionate care and support.

No prior calling hours. A Memorial Service will be held on Friday, December 2, 2022, at 2:30pm at White Haven Memorial Park in the All Seasons Chapel (210 Marsh Rd. Pittsford). Interment will be held privately at a later date.

In lieu of flowers, please consider a donation to the Wilmot Cancer Institute, the Hildebrandt Hospice Care Center or the Alzheimer's Association.

Share Your Memory of
Lyle
Upload Your Memory View All Memories
Be the first to upload a memory!
Share A Memory