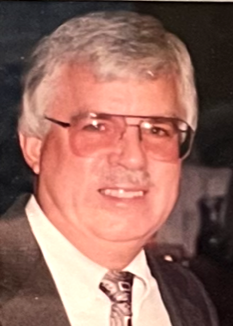 Obituary of David A. Ferren

He is survived by his wife, Joanne, of 50 years. Together they raised six children and have enjoyed their thirteen grandchildren.

Dave is originally from Sheridan, Wyoming. He and his late younger brother, Gene are children to the late Jack and Marjorie Ferren. Dave attended Sheridan High School. He earned both a bachelor’s degree in Mathematics and a master’s degree in Statistics at the University of Wyoming.

Growing up in Wyoming, Dave developed a love for horses; especially his own horses; Bopeep and Rocket. Dave spent summers in the Big Horn Mountains where he developed a love for hunting and fishing with his family and friends. Both sports, which he would continue to enjoy throughout the years. He worked on dude ranches and often shared stories and fond memories about his childhood. His most cherished childhood memories are the years he spent at the Ferren Family home in Story; a beautiful mountain vacation home that his grandfather built from the ground up.

Dave made his way East after graduating from college, as he landed a job with Xerox. Dave's stellar career spanned 38 years there in Management. He made many life-long friends at Xerox. His work took him and Joanne to many countries around the world; providing an opportunity for them to live in the Netherlands for two years. They had a love for travel and continued to enjoy their travel adventures for many years.

In retirement, Dave and Joanne split their time between New York and Florida and traveling to visit children in Kansas. They often flew to attend birthdays, sporting events and graduations for their grandchildren. Dave was involved in many groups, various Boards in the community and church.

Dave can best be described as a true gentleman. It has often been said, "Dave is the last of the good guys." When you met him, you instantly liked him. He helped anyone who asked. He was a devoted, loving husband and father, a fun grandfather, and a great friend to so many. He was a well-respected man in the community. Towards the end of his life, Dave fought a courageous battle with cancer. He fought that battle everyday with dignity.

Dave had a life well-lived which he often expressed his gratitude for. He loved his family and friends. Dave was abundantly proud of each of the grandchildren and their accomplishments. He had a personality that was giving and compassionate which formed the bedrock of who he was and how he lived.

The loss of this one-of-a-kind man is deep and profound. Dave will be dearly missed, and our family memories of a life shared with him will be cherished forever. If anyone wishes to honor Dave's life, donations can be made to either the Cancer Society or to the Sheridan Elk's Lodge 520, 45 West Brundage, Sheridan, Wyoming 82801, an organization he was involved with in his hometown.

Services will be held privately.

Share Your Memory of
David
Upload Your Memory View All Memories
Be the first to upload a memory!
Share A Memory