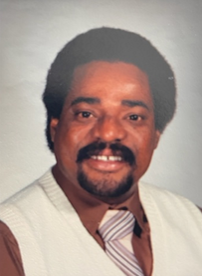 Bienvenido was an educator at heart and his expertise was in the area of math.  He taught at various schools for 35 years. He began his career at Jesús María Rodríguez in Arroyo, PR. He then moved to Rochester, where he taught middle school Math to bilingual students at both Frederick Douglass and Monroe Middle Schools until he retired.  He will be remembered by his students for his knowledge and desire to push them to their limits, so that they could reach their potential.

In 2008, Bienvenido obtained his permanent diaconate certification from St. Bernard’s School of Theology and Ministry.  He began his ministry at St. Frances Xavier Cabrini Parish. His ministry became his passion and his devotion.  Bienvenido loved serving the community and guiding people to the church.  He imparted his wisdom to anyone who would listen and served as a spiritual guide to his family and friends.

Later, Bienvenido would experience kidney failure.  Although he battled with this serious medical issue, it never made him falter.  Instead, he showed immense courage and strength despite his battle.  In 2016, after years of dialysis at Rochester Regional, he received the gift of life. A wonderful nurse named Patty Gargiulo, donated her kidney.  This second chance at life became our blessing and allowed us to have many more years of memories.

He will be missed by his immediate and extended family, community members who became an extension of his family, and the many students whose lives he influenced.

In lieu of flowers, donations can be made to St. Frances Xavier Cabrini Parish in memory of Bienvenido.

Share Your Memory of
Bienvenido
Upload Your Memory View All Memories
Be the first to upload a memory!
Share A Memory