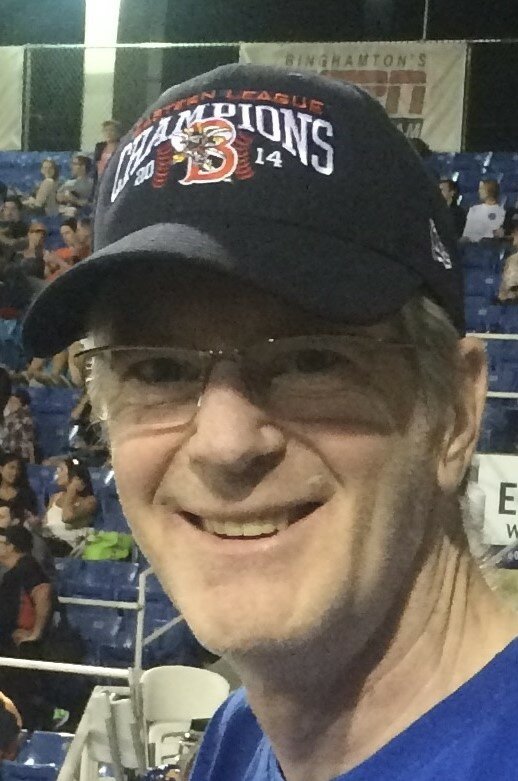 Michael P Wagner passed away unexpectedly but peacefully of natural causes on August 4, 2022, at his home in Greece, NY. Born on February 4, 1953, in Binghamton, NY he was the son of the late William and Barbara (Gerber) Wagner of Kirkwood NY. Mike graduated from Windsor High School and worked many years for Wegmans He was very proud to help open new Wegmans stores. Mike moved to Watertown but returned to Kirkwood to care for his mother when his father passed away.

Mike was predeceased by his parents and brother William Wagner and Cousin George Tallet. He is survived by his beloved dog Kody, siblings Judith (Jerry) Tamburrino of Webster, Laurie Wagner of Duanesburg, Mark Wagner of Vestal, adopted sister Karen Conners and cousins Peg Tallet (Peter Myks) and Thomas Tallet (Lisa). Mike was very proud of his 8 nieces and nephews and 14 grand nieces and nephews.

Mike had many challenges in his life, but he met them with courage and optimism. People remember him as always having a smile, a fantastic sense of humor and a positive outlook. In his 13 years of sobriety before his passing, Mike was happy and shared his love of life with others.

Friends and family will be received at the Holy Cross Church 4492 Lake Ave, Rochester on Thursday August 18, 2022, at 9:30 am followed by The Rite of Christian Burial at 10:30. Burial will be in Kirkwood at a later date. Contributions in Mike’s memory may be made to Credo Community Center in Watertown.

Share Your Memory of
Michael
Upload Your Memory View All Memories
Be the first to upload a memory!
Share A Memory