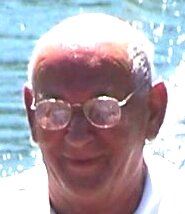 Penfield: March 24, 2022. Predeceased by his wife, Rose Marie, his parents John & Clara, and his brother Gerard.

No prior calling hours. Funeral services were held privately, and a memorial will be announced at a later date.

Share Your Memory of
James
Upload Your Memory View All Memories
Be the first to upload a memory!
Share A Memory