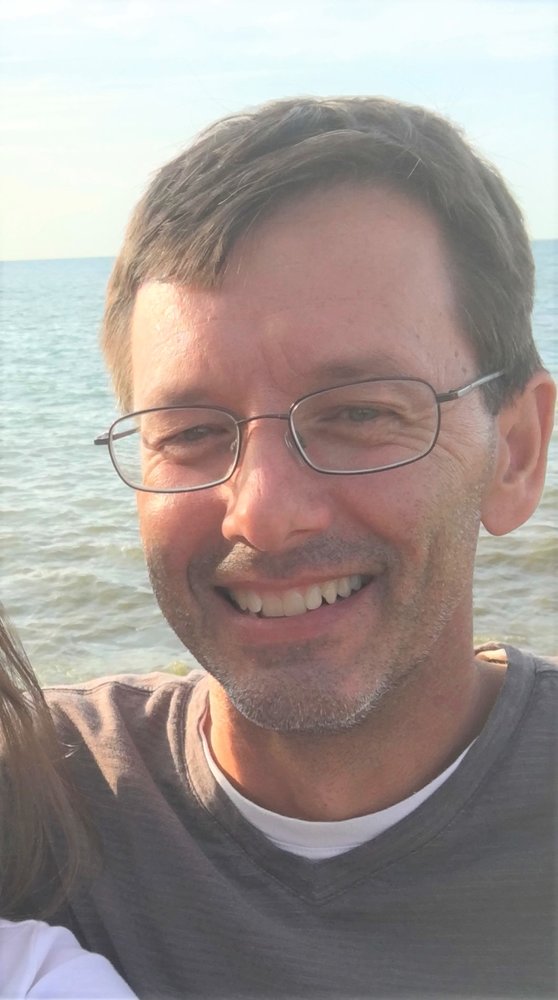 Ontario: On Friday, July 9th, 2021, at age 56, and after a long and courageous battle with cancer, John R Weyman, loving husband and father of three, passed away at home peacefully with his wife by his side and his children present.

John was born on July 2nd, 1965, in Pittsburgh P.A. to Robert and Arlene Weyman.  He graduated from Allegheny State College with a Master’s in Education. While in college, John was an All-American swimmer and received many awards. John went on to teach at Marion High School for several years, before becoming a teacher at Webster Schroeder High School from which he recently retired.  He taught earth science and was loved by his fellow teachers and students.  John looked forward to each school year and had a true passion for teaching.

John, better known to his family as Daddio, had a zest for life, and enjoyed spending time with others. Some of the many activities that he enjoyed were fishing, golfing with his dad and friend Al, walks with Pastor Pete, and training for his next adventure. Every summer, John organized the family “Game Olympics.” He was an avid Mets fan, and spent many meaningful hours watching the games with his son Jason. What John enjoyed most of all was spending time with his wife, children, and grandchildren.  He will always be remembered as a loving husband, father, and papa, with the greatest sense of humor. John will be missed deeply and dearly by his family and friends. A celebration of his life will be announced at a later date.

Share Your Memory of
John
Upload Your Memory View All Memories
Be the first to upload a memory!