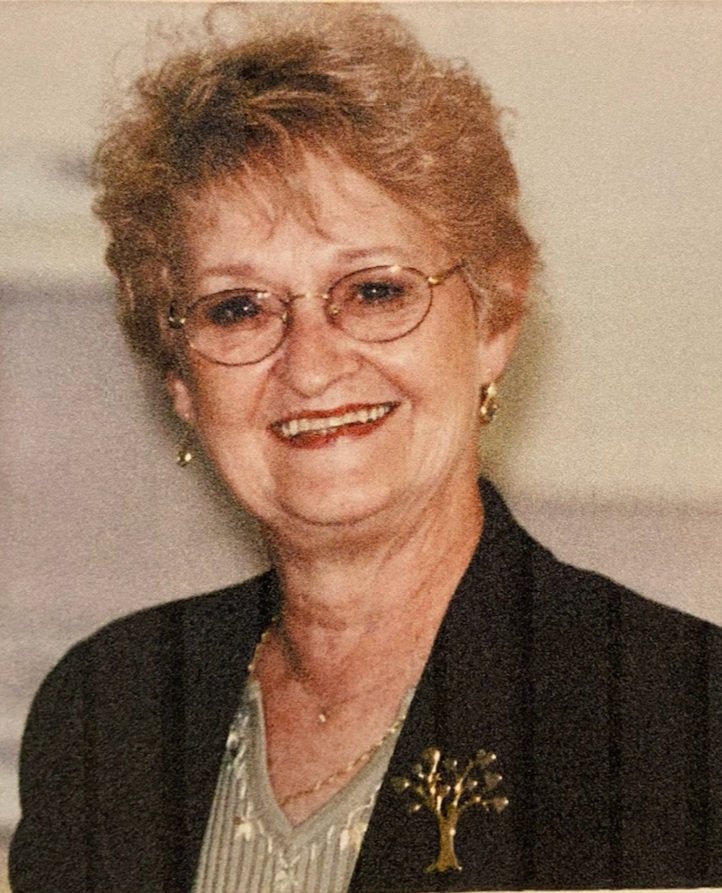 Emogene (Jean), along with her twin sister, Jacqueline, was born April 28, 1938 in Clayton, NC to the parents of Mary & Frank Bender.  They had her little sister Treasure a few years later, and the three sisters were inseparable.

Jean graduated in 1956 from RJ Reynolds High School in North Carolina.  She then attended beauty school and worked with her mother at the Reynolda Village Beauty Shoppe in Winston-Salem.

In the spring of 1958, she met her husband of 62 years, David White.  They were married December 27, 1958.  They made their roots in upstate New York where she raised her 5 children. (Denise, Diane, Sandy, Joe and Lisa)

Jean was very involved with her faith and church.  She really enjoyed singing in the Choir at St. Mary’s Church in Auburn, NY.

She lived her life devoted to her family.  She headed up the Brownie and Girl Scout Troops.  Jean was very active in all her children’s sporting events, always cheering on the team with MANY happy tears.

In 1977 the family moved to where they reside now in Macedon (West Walworth), NY. Here she continued to provide personal hairdressing services to friends and family.  Jean also had a career in retail customer service.  She worked at Wegmans in Webster, NY for many years and then Wal-Mart where she ultimately retired in 1999.

Again, she was an active member of the Rosary & Altar and Choir at the St. Mary’s Church in Ontario, NY.  Jean was also very involved with the Ladies Auxiliary of the American Legion Post 428 in Ontario.

Also, during these years Jean was the Head Cheerleading Coach for the Ontario Golden Eagles.  She hosted many events with the Eagles’ Team and the member of the American Legion.

Jean held her friendships close to her heart, specifically noting the Auburn Crew, “The Old Goats Club”.  She made lifelong friendships wherever she went.

She lived life FULL of genuine love and generosity in her heart – she never turned anyone away.  Her friendliness made her the remarkable woman to all that knew her.

But above all… Jean unconditionally loved her husband, Dave, her children, grandchildren, and all the extended family members with all her heart!  And she, in return, was loved by all.

It was very evident when she was surrounded by her entire family as she took her last breath and passed peacefully.

Calling hours will be held Saturday 12-3 pm, followed by a prayer service at Falvo Funeral Home, 1295 Fairport Nine Mile Pt. Rd. (Rte.250) Webster. Interment at St. Joseph’s Cemetery in Auburn will be held privately.   In lieu of flowers, donations in her memory  may be made to Alzheimer Association of Rochester 435 E Henrietta Rd, Rochester, NY 14620